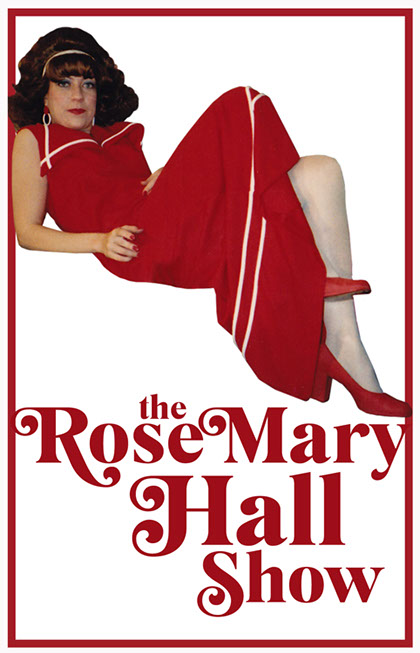 RoseMary Hall was a friend of mine from work, and an aspiring filmmaker. She had seen some of my movies, we would talk film quite a bit, and when she had a big project due she asked for me to be a part of it. The idea was like a classic sitcom, revolving around RoseMary, who was a huge Cher fan (like RoseMary herself). As it turns out, Cher’s limo breaks down and she winds up at RoseMary’s house looking for a phone.

I helped with some script things, created the set in my basement, and I recruited some of my regular players to be part of the production. My sister Linda was very striking as Cher, Uncle Alice was RoseMary’s mom, and I got Paullette’s sister Daphne to play RoseMary’s best friend Cathy. Now, as it turns out, a week or so before shooting, Daphne was riding her bike and got hit by a car, and wound up with her leg in a cast. Rather than recast the part, we wrote it into the script that Cathy had had some plastic surgery, and we bandaged her almost entirely as a way to downplay the cast and crutches.

The first episode went really smoothly and was a hoot, so we planned to do more. We shot some footage on Super-8 for a title sequence filled with groovy mod clothing and very big hair. I have a script for a second episode which we started shooting, but one of the people involved (I swear it wasn’t me) caught the bright light in the camera and ruined the innards of the camera. Unfortunately this drove a wedge between myself and RoseMary since she was on the hook for a crazy amount of money for the borrowed equipment, and we never did any further projects.

Decades later, we discovered that we had both moved to California unbeknownst to the other and lived not very far away from one another in North Hollywood for years. We reconnected and are still friends to this day. Sadly the one completed, edited episode of THE ROSEMARY HALL SHOW got lost. Oh how I would love to see it. It remains a fond memory.

Click on thumbnails below to start slideshow of images from the long-lost project!

Uncle Alice as a character very different from her others... as RoseMary's mother

RoseMary Hall, Uncle Alice and Daphne Walsh on set for the first day of shooting

Craig Goding as the Guy. I honestly could not tell you if he had a character name.

Craig rocking a different wig than his Graham Crackers character...

Craig Goding in never-finished footage for THE ROSEMARY HALL SHOW

Daphne Walsh, sporting a real-life cast on her leg, as Cathy

Daphne Walsh and Craig Goding waiting for the cameras to roll

Daphne Walsh monkeying around on location for the opening sequence filming

Filming Daphne and RoseMary on the playground for the opening title sequence.