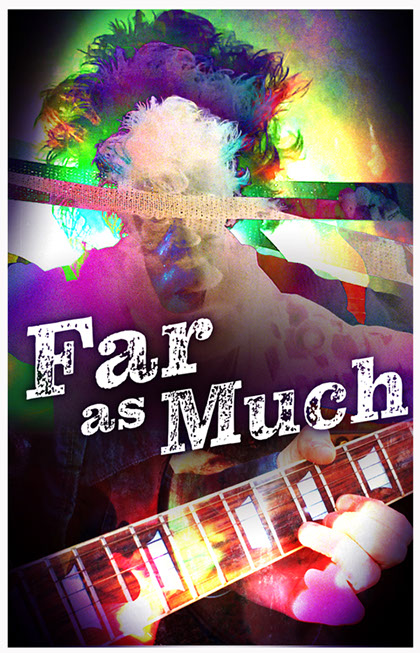 Uncle Alice and Jilly Idle were back at it, creating another fun, punk rock anthem together.

I wasn’t sure about making another music video, so Uncle Alice told me I would have free creative reign to do whatever I wanted. I came up with an idea to have her onscreen in a

dual role, with one person tied to a chair and the other singing menacingly to them about their breakup (“I’m not right for you, and you’re not right for me”). But then it would be revealed that they were actually both the same person. It would be interspersed with some fun shots done in a space surrounded by plastic sheeting and dancing colored lights, with Uncle Alice in different clothing. They shot some footage of Jilly in the cemetery near her house playing guitar… I just had to find a way to work that in.

We shot the lip syncing parts on a Sunday afternoon in November 2019 in my living room, right before Uncle Alice was to fly back home to Chicago. It was a long day, a lot of setups, but some great fun stuff. I projected the footage of Jilly onto the sheeting and backlit it, to give even more depth. The plan was, when Uncle came back to visit the following spring,

we would shoot the actual storyline of the film and complete the video.

Except the following spring, 2020, the world went into lockdown because of a global pandemic. No visits, no interaction. After a while, it became obvious it was going to be

a LONG time before we could get together again. I started cutting together what we had already shot, layering and superimposing to create a funky, dreamlike feel.

We talked about Uncle shooting some additional footage in Chicago of Jilly to help fill out the video, but nobody was especially comfortable getting together in the midst of Covid, not even to socially-distanced make art. So I used every available bit of footage I could, I shot some random stuff in my house and neighborhood to give me more to work with, and Jilly shot a couple of pieces on her phone… I layered and layered and the end result was a trippy, colorful music video that I am so incredibly proud of. It didn’t quite go as planned… but I guess that could describe 2020 itself.

Click on thumbnails below to start slideshow of images from the music video!

Jilly shot this herself... I think she called it a wah-wah peddle...?

Me in combat boots in my back yard, standing in for Jilly Idle

Jilly playing her guitar in Rosehill Cemetery, mixed with footage of dancing lights in my living room and a sewer cover in my alley

Uncle Alice in one of her three looks from the video, devilish and on fire!

Dancing lights and a Halloween mask, with a little Uncle Alice eye if you look closely

I just kept layering stuff til I lost track of what I had started with. I LOVE this effect.

Film burn at the end of the video