The voice of an angel. With the face and disposition to match. Carrie D’Waay (not her real name!) is another of the most brightly shining stars in our ensemble.

I met her when I started working my first full time job, at video and record distributor Sound Video Unlimited, when we were both fresh out of high school. I was a timid gangly 18-year-old with jacked-up teeth and a weird perm who was hired to pull orders in the warehouse, while Carrie was the beautiful girl who worked at the reception desk. Every morning she would greet me with “good morning” and every night she would cheerfully wish me a good evening as I left. I seriously had no idea why exactly she was talking to me and calling me by name.

She left at the end of summer to go away to college; I stayed on as a full time order-puller. She would work when she was back in town for school holidays. And then when she finished school she was back st SVU, working in several departments. Everyone loved her. I was still suspicious.

Then, when my mom died, I received the sweetest card in the mail from a name I didn't recognize. Yes, Carrie (still not her real name). I was touched and thanked her, and we became fast friends. We loved the same kind of bands and music, would go out to cool 80s nightclubs and dance our butts off, and when I would call her house I would chat about old movies with her mom until her daughter could wrestle the phone away.

It was only logical that I asked her to be in one of my films... the very first was a short called THE BABY, where a series of people encounter an abandoned infant then mysteriously disappear one by one (that actually makes it sound decent! Don’t be fooled!). Carrie made her debut as Debbie or “Starfire” as she would insist her friends call her.

Somehow the nicest gal on the planet was suddenly typecast as the bitchy villain in pretty much every film I made from that moment on. I think that she somehow actually enjoys being so mean on film. It seems to be the perfect juxtaposition to her real personality.

Carrie most recently carried on her villainous tradition as drunken, scheming neighbor Maggie Magnolia in all three DOOR MAT shorts that we did. And outdid herself as usual.

In addition to being one of my closest friends in the world, Carrie is also a very talented singer-songwriter and voiceover artist. I wasn’t kidding when I said she has the voice of an angel. Her sexy purr is the stuff sweet dreams are made of (oooh, that sounds dirty)!

You can check out her website KariCohen.com (her real name!). 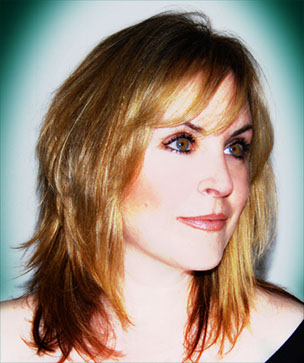 DOOR MAT: MOVIN’ ON IN

The debut of Carrie D’Waay in THE BABY

The one-eyed Margot in PROBLEM CHILD

As devious Candy in GRAHAM CRACKERS

Carrie (left) in the ill-fated FOREIGN FILM with Faith Darling

The wicked boss in KAFIEND

As conniving daughter Sheila in LOST

As the cynical childhood friend of SUGAR

As evil neighbor Maggie Magnolia in the DOOR MAT series